…Cautions Against Spreading Of Unverified News On Social Media

The Lagos State Government on Thursday denied the unsubstantiated claims being circulated in some sections of the media and on social media of its involvement in the fire incident that took place in Otodo Gbame Community in Lekki area of the State last Wednesday.

The State Government specifically punctured media reports suggesting that it authorized the burning down of the community, saying that the allegation was far from the truth.

The State’s Commissioner for Information and Strategy, Mr. Steve Ayorinde, in a statement, said the State Government shared in the painful loss of the residents but explained that from Police reports and evaluation by the government, the waterfront community was razed by the fire incident that happened as a result of the ethic clash that occurred between the Egun and Yoruba residents within the community.

Ayorinde said while the Police succeeded in bringing to a halt the deadly clashes which occurred as a result of continued disagreement over tolling and other sundry issues, the large part of the shanties had already been torched and razed down before the combined team of fire brigade and emergency rescue officers got to the scene on the night of Wednesday, November 9th.

“It is therefore unfortunate that a few aggrieved persons and fifth columnists will choose to blame the government and law enforcement officers that rose to the occasion in ensuring that the clashes did not degenerate further and more importantly that the arson did not spread into Lekki Phase 1,” Ayorinde said.

The Commissioner said while the Otodo Gbame shanties clearly fell within the prime waterfront areas where Lagos State Government would prefer to have better development, befitting of a prime area in a mega city, it was mindful of the fundamental rights of the various residents living in the area.

According to Ayorinde, while government was not unaware of the legal tussle over the areas and the rights of citizens to stage peaceful protests, relevant agencies of government had since been deployed to provide succor and lessen the pains of the displaced people.

The statement warned both local and foreign individuals or groups that may be using the unfortunate incident to perpetrate wrong and unfounded information to desist from taking advantage of an unfortunate development and the plight of the former residents of Otodo Gbame, adding that the State Government would not be blackmailed with cheap, sensational interjections from the onerous task of better securing Lagos, improving on urban development and looking after the infrastructural needs of all residents.

The Commissioner also urged the people of the State to refrain from any act that could threaten the peace of their areas and pledged that government would continue to ensure the safety of lives and property and promote peaceful coexistence needed for speedy development of the State.

Similarly, the State Government has also urged residents especially users of social media as a source of news and social interaction to be mindful of the source of their information to avoid spreading false and unsubstantiated materials.

Ayorinde said a case at hand is the alleged brutalization and killing of a 7-year-old pilferer that reportedly happened at a certain location in Lagos being circulated on social media.

According to the Commissioner, the Lagos State Police command has duly issued a statement questioning the authenticity of the story while asking for eye witnesses or anyone with verifiable information to come forward with information as the Police continue with their investigation.

“While we condemn in its entirety every form of crime and jungle justice, it is important to plead caution whenever a human life is involved. So far, there is no indication that the dastardly act being peddled on social media happened anywhere in Lagos State or that it is a recent case.

“The Police have promised to carry out further checks and will welcome every useful information, but available information at the moment does not suggest that such killing happened last Saturday at either Orile-Iganmu or Badagry. There is no any corpse that fits the description in any area being touted; just as the location of anyone with useful information to corroborate the sad tale being peddled cannot be established,” he said.

Elaboration: environmental have a glance at this web-site problem of wit!. 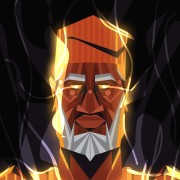