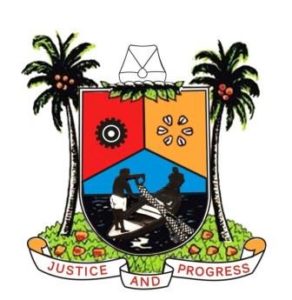 Lagos State Commissioner for Commerce, Industry and Cooperatives, Mrs. Olayinka Oladunjoye, has stated that the Ikorodu Economic Summit will encourage the development of local content and boost the economy of the State.

Speaking during the Summit, Oladunjoye remarked that the fast-changing economic space is such that clearly requires proper economic analysis and need to facilitate investments into key areas that would catalyze growth and development to enable the State to compete with other emerging economies in the world.

“The current economic reality in the country as a whole has placed responsibility on the Lagos State Government to encourage Local Government and Community Associations to harness their potentials with a view to having a dynamic and expanding economy thereby facilitating job creation and all its attendants’ consequences”, she said.

She expressed confidence that the economic summit with the theme, “Stabilizing the Local Economy”, will complement the efforts of the present administration in boosting and stabilizing the economy of various communities in the state through numerous initiatives, reforms, projects and programmes for the continued growth and development of the state economy.

Oladunjoye used the opportunity of the occasion to task Ikorodu indigenes to leverage on the high momentum with which the Division is growing and invest in key sectors of the socio-economic architecture of the area to sustain the current growth and development in the Division.

“You will all agree with me that Ikorodu has grown beyond a petty trading location to an emerging commercial and industrial hub that is being supported by enabling infrastructure by the State Government. I see no reason why indigenes of Ikorodu will find it difficult to invest here. You have the market, the population”.

“Apart from this, you also have the industrial facilities; you have the necessary social environment that typifies a metropolitan city, and most importantly, deployment of massive security apparatus by the State Government in the division. This will help to mitigate all forms of security challenges.  So the ball is in your court to grow the Ikorodu Division to an enviable investment haven.” The Commissioner stated.

All of these projects, according to her, are meant to upscale and align the Ikorodu Division with cosmopolitan Lagos and consolidate on the prime position of Lagos State as the industrial and commercial nerve centre of the country and indeed the entire West Africa sub-region.

The Commissioner commended Ikorodu-Oga Development Association (IKODAS), the initiators and organizers of the Economic Summit, for its foresight to explore economic potentials of the area and for its various achievements since it was established in 1992.

The summit was organised to bring together captains of Industry, policymakers, women and youth organizations to collectively chart a roadmap for the sustainable economic development of Ikorodu Division.