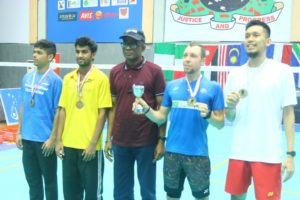 The Chairman of Lagos State Sports Commission, Dr. Kweku Adedayo Tandoh has described the performance of Nigerian Players at the just concluded 4th Lagos International Badminton Classics as impressive, saying that the Team was able to build on its performance over last year’s edition of the event.

Tandoh gave the commendation at the finals of the competition which took place at the Molade Okoya Thomas Indoor Hall, Teslim Balogun Stadium, Surulere and expressed optimism at the Players’ potentials of winning the Finals in the next edition if given more intensive training and international exposure opportunities.

The Chairman stated that the event has also witnessed tremendous improvement as evident in the number of participating countries and the quality of players that attended the yearly event.

According to him, “I must confess that the performances of the Nigeria Team, both men and women, has continued to improve. I am confident that by the next competition of this event, a Nigerian player would be in the finals if the players were given more international exposures and the Coaches undergo more advanced training courses.” 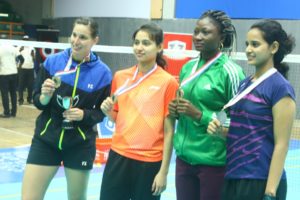 While noting that the attention the competition has gotten over the years further confirms the event as a high-ranking one with an international profile, Tandoh applauded the support of the State Governor for the various sporting activities, stressing that he has amply demonstrated that he is a lover of all sports.

The Chairman assured the participants that Lagos State would continue to be positioned as the sporting hub of Africa as a result of the government’s commitment to nurturing the tournament and increase its awareness among the International Community.

“For us in Lagos State, it is an event that continues to grow. If you recollect, last year the prize money was $20,000, but for this year it has been increased to $25,000 with the hope that things will continue to improve in future”, Tandoh stated.

In his remarks, the President, Badminton Federation of Nigeria (BFN), Mr. Francis Orbih, expressed belief in the Nigeria team, saying that the future is bright for badminton in Nigeria with more corporate sponsors, government support and collaboration from the private organisations. 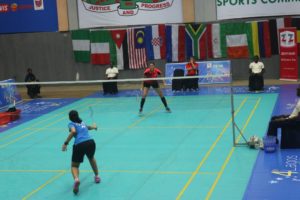 He thanked the Lagos State Government for always lending a hand of support financially and morally to badminton development in the country. 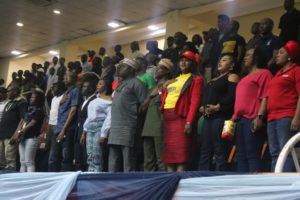 Singles, expressed satisfaction with her performance just as she promised to perform better in future editions.