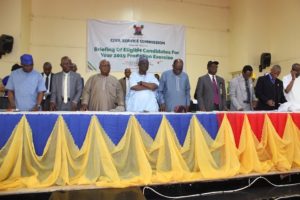 The Lagos State Civil Service Commission has disclosed that over 4,700 officers from different Ministries, Departments and Agencies will take part in the Year 2019 promotion exercise.

The Chairman of the Commission, Mrs. Adeyinka Taiwo Oyemade made this known during a briefing session ahead of the promotion exercise while addressing eligible officers at the Adeyemi-Bero Auditorium in Alausa Ikeja,

Oyemade, who was represented at the briefing by the Commissioner representing Badagry Division at the Civil Service Commission, Pastor Israel Alagbe, informed participants that the promotion exercise for qualified officers would seek to identify officers who have distinguished themselves, among other factors, and met all the necessary requirements for elevation as stipulated in the Public Service Rules. 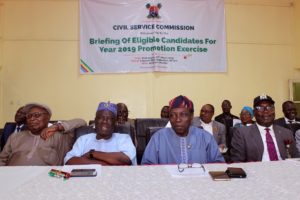 She said that the excellent service culture of the State must be sustained through efforts of knowledgable staff who are passionate about the vision of the State government.

The Chairman described the decision to replace written examinations with Structured Training for civil servants as a good decision in the interest of the State government, the citizenry as well as the civil servants.

“As you all know that some years back, civil servants usually sat for written examinations before they could be promoted but under this present administration, the State government realised that the written examination was not the best way to assess the competence of the workers and this necessitated the idea of structured training,” Oyemade stated. 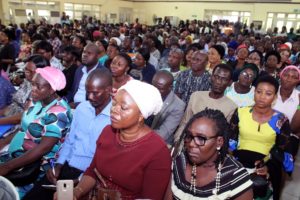 While wishing the eligible officers success in the promotion exercise, the Chairman reminded them of the need to justify their promotion by showing more commitment to their duties and by positively affecting the lives of residents of the State.

The Permanent Secretary of the Civil Service Commission, Mr. Adeyemi Fashola remarked that this year’s promotion exercise is the second in the series of structured training programmes embraced by the State government.

He stated that last year’s assessment exercise showed that the government made a very informed-decision by abolishing written examinations as it saved the government some resources and also allayed examination fears among civil servants. 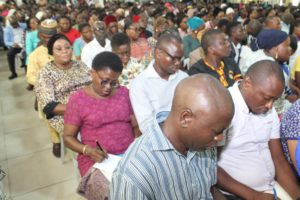 Fashola advised all civil servants to be more dedicated and dutiful at work to justify the increase in their remuneration after promotion saying, ‘to whom much is given, much is also expected’.

In his presentation at the event, the Director-General of Lagos State Public Service Staff Development Centre, PSSDC, Dr. Senuko Olufunmi Ajose-Harrison explained that the Structured Training is premised on cadre knowledge, skills and attitude, knowledge acquisition and mandatory career progression for government workers.

He reiterated that the appraisal for promotion would be done through the structured training exercise for eligible officers, on-the-job performance appraisal (SPADEV) and Job Specific Interview. 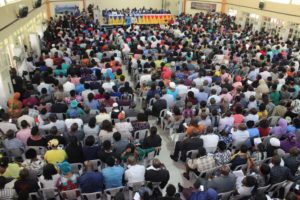