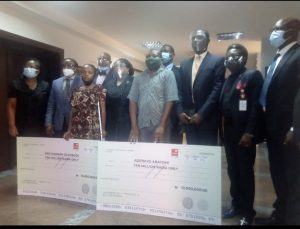 The Lagos State government has paid a compensation of N20 million to two petitioners at the Judicial Panel of Inquiry and Restitution for the Victims Police Brutality and Other Matters held at the Lagos Court of Arbitration, Lekki.

The Chairman of the panel, retired Justice Doris Okuwobi, disclosed this in her ruling during Friday’s proceedings, adding that the panel has concluded its investigation and arrived at some decisions and recommendations regarding some petitions.

Delivering the summary of the panel’s rulings in the petitions of Adebayo Abayomi, Hannah Olugbodi and Afolabi Oladele, the Chairman said “We have concluded and reached decisions regarding some cases and cheques will also be presented to some beneficiaries.”

She said, “In respect of Adebayo Abayomi’s petition, the panel’s findings were in tandem with the claims of the petitioner that his mother was a victim of extra judicial killing and no offer of first aid was given to deceased”. 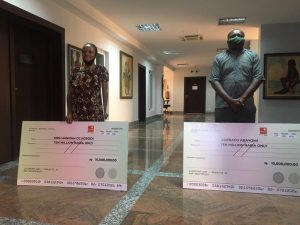 The Chairman also revealed that the panel agreed with Mrs. Hannah Olugbodi in her case that she was hit by a stray bullet shot by a policeman leading to grievous bodily harm on the part of the petitioner and received no support from the Police.

Her words: “The panel’s recommendation is that the petitioner suffered distress taking into account the degree of the injury she suffered and we are awarding a monetary compensation of N10 million to her. The Police should, however, investigate with a view to bringing the affected officers to book and ensure they undergo a minimum of three months training on human rights”.

Retired Justice Doris Okuwobi disclosed that the panel is of the opinion that Afolabi Oladele’s petition should be transferred to the Presidential Judicial Panel in Abuja because the Lagos Judicial Panel lacks jurisdiction to hear the case of unlawful arrest and dehumanisation alleged by the petitioner.