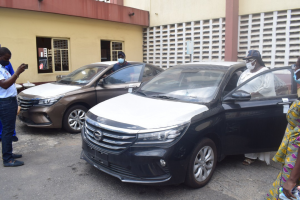 In fulfilment of the pledge made during the Y2021 May Day Celebrations of workers, Governor Babajide Sanwo-Olu on Friday presented official vehicles to the Nigeria Labour Congress (NLC) and Trade Union Congress (TUC) Chairmen to assist them in running the unions.

Representing the Governor at the presentation, the Commissioner for Establishments, Training and Pensions, Mrs. Ajibola Ponnle stated that the gesture showed the high premium the present administration placed on labour matters and staff welfare.

Ponnle said a productive workforce remained the backbone of a prosperous society, pointing out that Lagos workers are important stakeholders in the growth of the State’s economy, hence the Government had initiated welfare programmes specifically targeted at improving workers’ welfare and helping them to stabilise their livelihoods following the economic disruption occasioned by spread of the COVID-19 pandemic in the State.

“We have consistently ensured that pensioners get their pensions and we will continue to ensure that retirees, who have served the State diligently, are not left behind in all our welfare programmes”, Ponnle added. 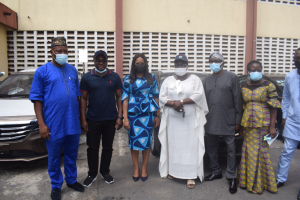 She, therefore, pledged that the Lagos State Government will continue to create an enabling environment, where workers will continue to reap a bumper harvest of welfare packages, while seeking the cooperation of Labour in achieving the T.H.E.M.E.S Agenda of the present administration.

The State Chairman of NLC, Comrade Funmi Sessi, thanked Governor Babajide Sanwo-Olu for a promise kept and fulfilled, noting that the cars presented will ease the movement of the labour officials.

“The Governor has been doing a lot of activities to improve the welfare of the workforce, we can say that the Governor is a labour-friendly Governor, and we will continue to partner with the Government in moving the State forward”, he said.

In his remarks, the Lagos TUC Chairman, Comrade Gbenga Ekundayo, stated that the gesture shows that the Governor has a listening ear, noting that during the May Day celebration, the Union complained about the security situation of the State and few weeks later the Governor convened a security summit to tackle the menace and issues raised. 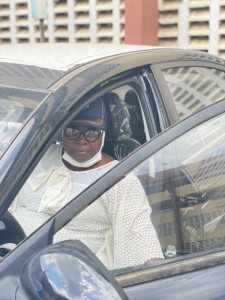 He, however, appealed to the State Government not to relent in tackling the security situation, while also providing social security support for retirees as well as Lagosians.

Also in attendance at the presentation ceremony were the Special Adviser to Governor Babajide Sanwo-Olu on Labour and Industrial Relations, Comrade Babatunde Williams and the Permanent Secretary, Office of Establishments and Training, Dr. Abiodun Onayele amongst others.